The S&P 500 produced a -4.1% return during August, but the headline number doesn’t tell the full story. Equity markets initially rallied during the first half of the month, with the S&P 500 gaining +4.2% through August 16th as July’s market rally continued. However, the second half of August marked a sharp reversal as the S&P 500’s gave back all its gains plus more. Credit markets also experienced a reversal during August as interest rates reversed higher and bonds produced negative returns. The increased volatility across stock and bond markets is being attributed to a wide range of investor views creating a tug of war effect in markets, as well as uncertainty regarding how long the Federal Reserve will continue to raise interest rates.

Federal Reserve Chair Pushes Back Against Hopes of Policy Pivot

The Federal Reserve held its annual August Jackson Hole meeting, and Chair Powell used his speech to forcefully push back against the notion the Fed will pivot and cut interest rates if economic data starts to weaken. Powell emphasized the central bank’s “overarching focus right now is to bring inflation back down to our 2 percent goal” and cautioned, “Reducing inflation is likely to require a sustained period of below-trend growth … [and] will also bring some pain to households and businesses.”

Investor hopes for a Fed pivot were one of the primary catalysts that propelled the stock market higher during July and August. Chair Powell’s speech dashed those hopes and sent the S&P 500 down more than -3% on the day of his speech. Why? Two lines from Chair Powell’s speech underscore the Fed’s goal, “There is clearly a job to do in moderating demand to better align with supply. We are committed to doing that job.” This focus on lowering demand for goods and services may increase portfolio volatility during the months ahead as investors debate how long it will take the Fed to achieve its goal and the impact tighter policy will have on the economy. 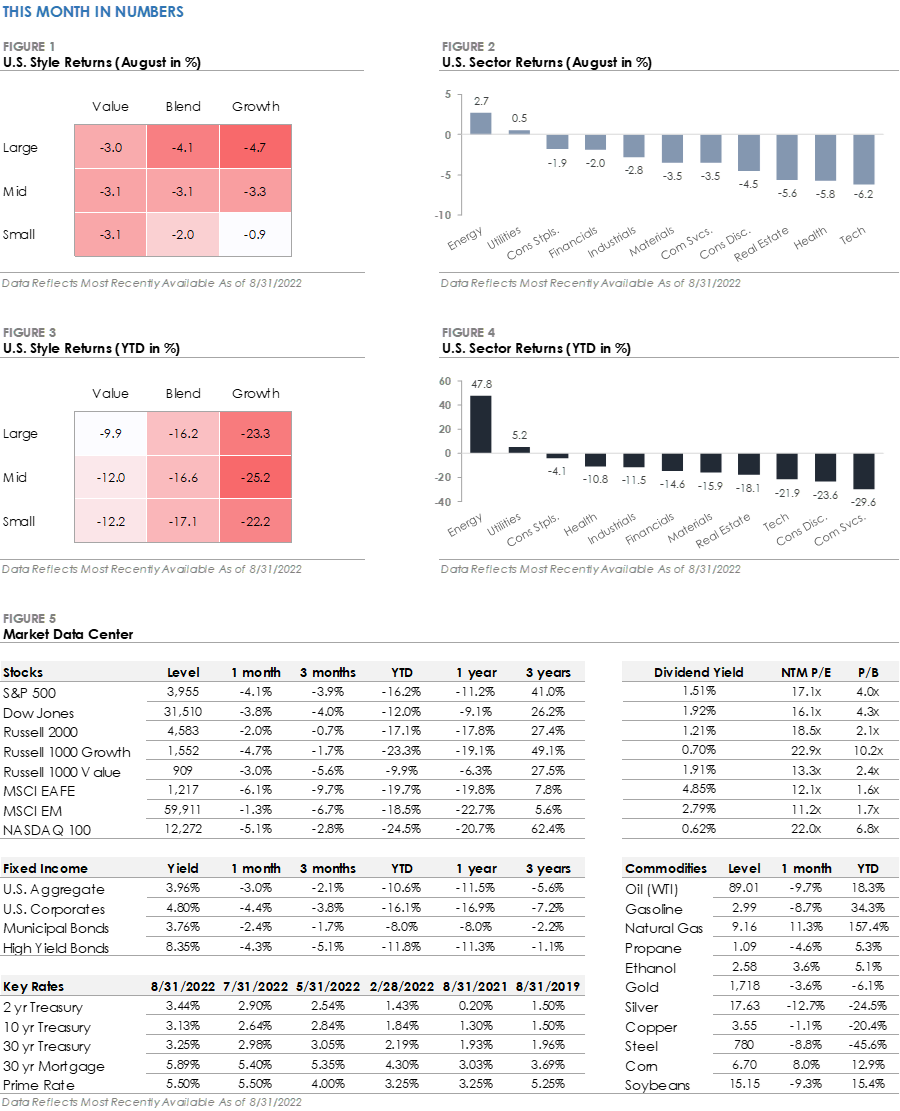